Natalie Portman, who plays Jane Foster, opens up about the rigorous workout routine she underwent to portray the Mighty Thor in Love and Thunder.

Natalie Portman details her rigorous workout routine for Thor: Love and Thunder. Portman made her MCU debut in 2011’s Thor as Dr. Jane Foster, an astrophysicist studying astronomical anomalies in New Mexico, who goes on to become the titular Avenger’s main love interest. Portman returned for a prominent role in the 2013 sequel subtitled The Dark World, as she was heavily afflicted by the Aether, a form of the Reality Stone. After being dissatisfied with Jane’s role in that film, Portman didn’t return for the Thor threequel, Taika Waititi’s Ragnarok, but she did make a brief appearance in Avengers: Endgame.

After the character was sidelined for so long, Marvel made the shocking announcement that Portman would not only be returning in Love and Thunder, but she would take on the role of The Mighty Thor. In the comics, Jane absorbs Thor’s powers, including the ability to wield Mjolnir, after she is diagnosed with cancer. It’s unclear how much of this storyline the film will be adapting, but some Love and Thunder set photos have shown Portman’s arms looking significantly more muscular than they have in the past.

Related: Everything We Know About Thor: Love & Thunder

Now, in a profile by Vanity Fair, Portman is opening up about returning to her MCU role. Since she is taking on the role of Mighty Thor, Portman had to stick to a rigorous workout and diet regimen for four months and all the way through shooting to portray the role of the superhero, a process which she says was “really fun” and “very physical.” Read what else Portman had to say about her workout routine below:

It was really fun. I worked with a trainer, Naomi Pendergast, for, I think it was, four months before shooting, and then obviously all the way through filming. We did a lot of weight training and a lot of protein shakes—heavyweight training that I haven’t ever done before. Of course, I’ve never really aimed to get bulky. It was very physical, so it was a lot of both agility work and also strength work.

Portman certainly has plenty of experience when it comes to making action movies, as her acting debut and breakthrough role came back in 1994’s Léon: The Professional in which she played the titular assassin’s protégée, Mathilda. Darren Aronofsky’s Black Swan was also an incredibly physical role for Portman, as she portrayed a nimble ballerina. However, as Portman describes above, preparing for a role as a superhero requires completely different preparation entirely, as the main focus is bulking up.

It’s nice to know that Portman found the training to be fun, as it could definitely turn into a grind over several months. This process is always of interest to fans, as many stars now document their training on social media. Portman hasn’t been as transparent as some of her other MCU co-stars like Captain Marvel‘s Brie Larson and Ant-Man 3‘s Kathryn Newton, who recently shared workout posts on social media as they prepare for their roles. Hopefully, all of Portman’s hard work will pay off when Thor: Love and Thunder arrives in May of 2022.

Next: How Is MCU’s Jane Foster Worthy Of Mjolnir? Thor 4 Theories Explained

Adam Bentz is a Movie and TV news writer for Screen Rant. From a young age, Adam has been interested in a wide range of movies and television, but it was talented auteurs like Quentin Tarantino, Paul Thomas Anderson, and Aaron Sorkin who ultimately sparked his interest in the craft. Motivated by his love for the screen, Adam studied creative writing with a concentration in screenwriting at Southern New Hampshire University.

After graduating, Adam interned as a writer with The Borgen Project, a nonprofit organization working to end extreme poverty. Other than writing for Screen Rant, Adam reviews films on his website petrifiedfountains.com 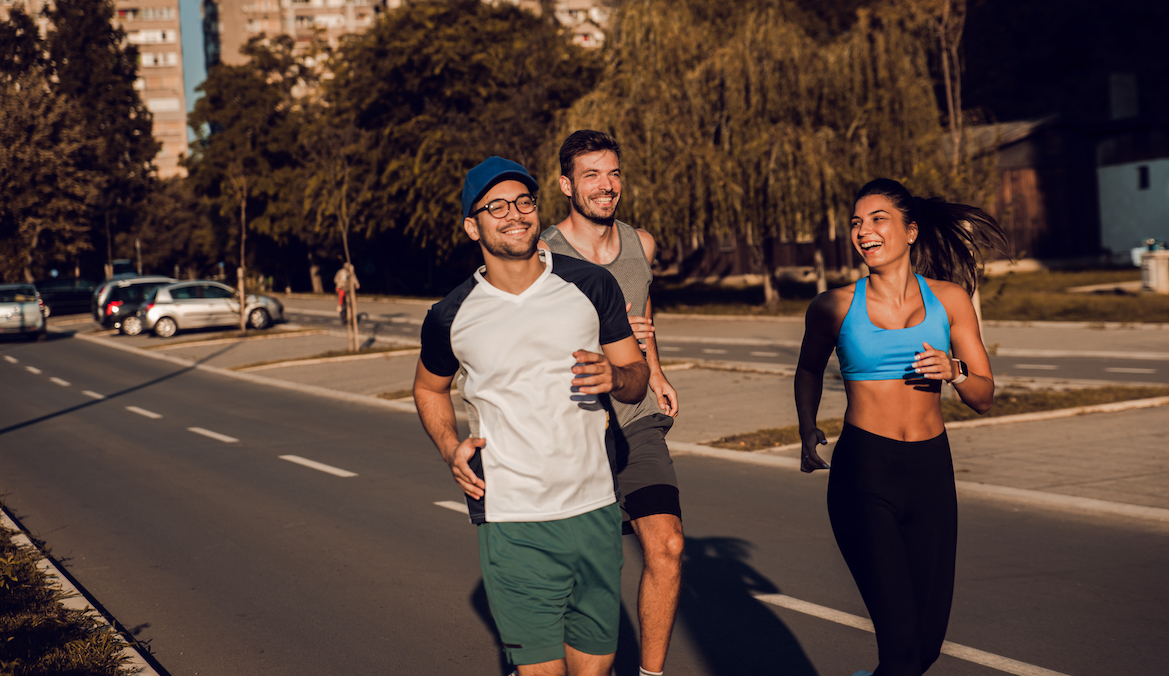